On February 25, 2014, the Russian State Committee for Television and Radio Broadcasting agreed to the dismantling of the Shabolovka Radio Tower, example of Russian Constructivism designed by and completed in 1922 in the district of Shabolovka. The tower would be replaced by a building of 50 floors, sweeping away the symbol of the iron architecture in Moscow. The founding principle of Constructivism that combines advanced technology and engineering with a avowedly social purpose finds fulfillment in the realizations of the great russian pioneers like Vladimir Grigorievich Shukhov (1853-1939), architect, engineer and scientist in Moscow. On August 28, 2013 from 160 years to the birth of Shukhov, Moscow decided to organize at the Central House of Architects, a round table with the aim of researching methods to preserve the heritage of the great engineer considered the russian Eiffel and later, in October, in the Multimedia Art Museum the exhibition «The Hyperboloid of Engineer Shukhov» was opened. It was entirely dedicated to Shukhov’s architectural and engineering heritage. The great intuition of the engineer lies in having anticipated the possibility to generate complex geometric and architecturally daring structures, starting from simple elements such as straight lines. He pioneered the use of new structural systems using hyperboloids of one sheet, a doubly ruled surface; obtained by revolving a line about a skew line. It is described by a polynomial equation of second order in the three spatial variables, whose lightness and complexity challenges the imagination, anticipating in many ways the high-tech age. These structures have a negative Gaussian curvature, which means they curve inwards instead of outwards and their composition is given by a grid of straight beams. A creation of this type has two advantages: facility of construction and a greater stability and resistance to external actions such as the wind. For this reason, about a century ago, the U.S. Navy bought Shukhov’s patents in order to build the pylons on its battleships. Since 1911, Shukhov had aimed towards the study of towers apparently of a conical shape consisting of a series of overlapping hyperboloids. In 1918 Shukhov adapted this concept to the design of nine radio broadcast towers in Moscow. His ambition was to create a tower of 350 meters high, which would have exceeded of 50 meters the Eiffel Tower in height, using less than a quarter of the amount of material. However, the 2,200 tons of steel needed to build the 350m tower were not available, and in July of 1919 Lenin decreed that the tower would be built with a height of 160 m and the remaining steel should be used in the army’s supplies engaged in the Russian Revolution. In March 1922, the antenna was turned on to spread the word of communism through the new technology of radio. A few months before the exhibitions and the celebration of 92 years from its first operation, one of the greatest works of the twentieth century was facing demolition due to neglect and lack of funds for restoration. Back in 2009, the Russian leader Vladimir Putin was consulted to protect this heritage and he immediately expressed his support for the restoration of the tower recognizing a great tourism potential, something that actually happens in Paris with the Eiffel Tower, but no important actions followed these considerations. Subsequently, the Tower Shabolovka captured the attention of the British architect Norman Foster, who defined it “a structure of dazzling brilliance and great historical importance”, the “first major landmark of the Soviet period” declaring that the genius of Shukhov was behind the design of the Swiss Re Tower in London. As a result of this sudden decision of February, 2014, a series of international architects, engineers, academics and cultural leaders signed a petition addressed to President Putin with the aim of stopping a case of demolition caused by negligence. The petition, prepared by the architectural historian Jean-Louis Cohen and the photographer Richard Pare, both specialists in buildings and monuments of the Soviet era, was signed by the architects Tadao Ando, Sebastiano Brandolini, Elizabeth Diller, Rem Koolhaas, Kengo Kuma and the engineers Thom Mayne, Guy Nordenson, Leslie E. Robertson and John Ochsendorf. The petition also has the highest goal of naming the Tower Shabolovka as a World Heritage of UNESCO. The chief architect of Moscow, Sergey Kuznetsov, suggested to rebuild the tower elsewhere but it is clear that the displacement of the tower would deprive the work of its original context. Putin could then authorize a new zoning of the district, very close to the Kremlin, preventing however, the demolition of the tower which, through appropriate projects of revaluation, would become the driving force for the revitalization of the neighborhood itself and for the artistic and historical memory of the city. It is expected in a few days the decision taken jointly with the Ministry of Culture. About the sad fate that in 1919 led to the destruction of Shukov’s dream to build the highest steel tower giving priority to the construction of ammunition for the Russian Civil War, let’s hope it is not the same way today, in a similar political tension time, permanently cancels the sign of a great architectural past. 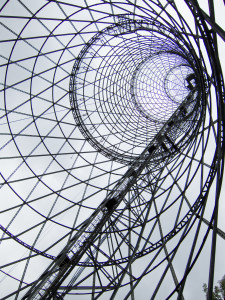 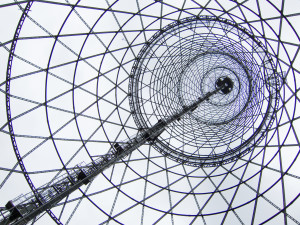 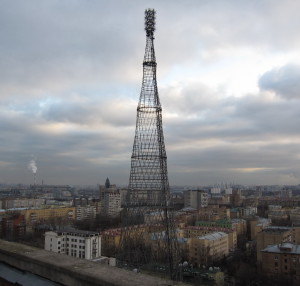 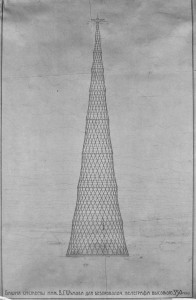