by Patrick Lumumba Europe is undergoing a huge crisis as a consequence of the inflow of refugees. People coming fron the Magreb onto the Italian and Spanish shores; people coming from Syria especially into Germany. If Europe had a well-established and coordinated policy, everything would be better off. But, since this is not the case, one thinks back to Edward Gibbon’s thesis expressed in “The Decline and fall of the Roman Empire”: that that Empire collapsed for having accepted the inflow of too many foreigners into its borders. But might there be a way out in our time? While the solution of the situation in Syria seems still quite far away, everybody is trying to use it to its own advantage. Assad, having acquired a stronger position thanks to the Russian support, aims at getting rid of its internal oppositions; the Turks are looking at the crisis as an occasion for reducing the Kurdish ambitions; the U.S., even without having any desire to getting too much involved, do not want to loose the opportunity to contrast the Russian influx in the region. ISIS has made many enemies, but still seems to have the financial support of some moderate Arab countries which find themseves in a new situation, after the U.S. presence in the area has been reduced. ISIS works through sheer terrorism, which is aimed at convincing the Islamic countries that they are the only real power capable of giving peace throughout the Middle East and the Magreb. The lack of unity among those which are fighting against ISIS, gives ISIS additional strength.; [caption id="attachment_6086" align="alignnone" width="1024"]

New walls at the Hungarian borer, to keep the refugees away.[/caption] The outflow of people from the area, seeking asylum in Europe, has in turn unleashed a crisis within Europe. Angela Merkel, who dared to accept one million refugees on the German soil, is now beeing put under increasing pressure, due to the fact that the German people are growing less and less patient on this issue. The fact that Sweden has in proportion accepted a higher number of refugees, is irrelevant. Germany will tend to close its borders, and to reduce its availability to host new refugees. Since all the European countries feel to be under excessive pressure due to the economic crisis, they might tend to unleash a competition among each other, that will in turn favour a resurgence of nationalisms. The economic crisis is the background, the refugees crisis is the spark that might cause a huge fire. 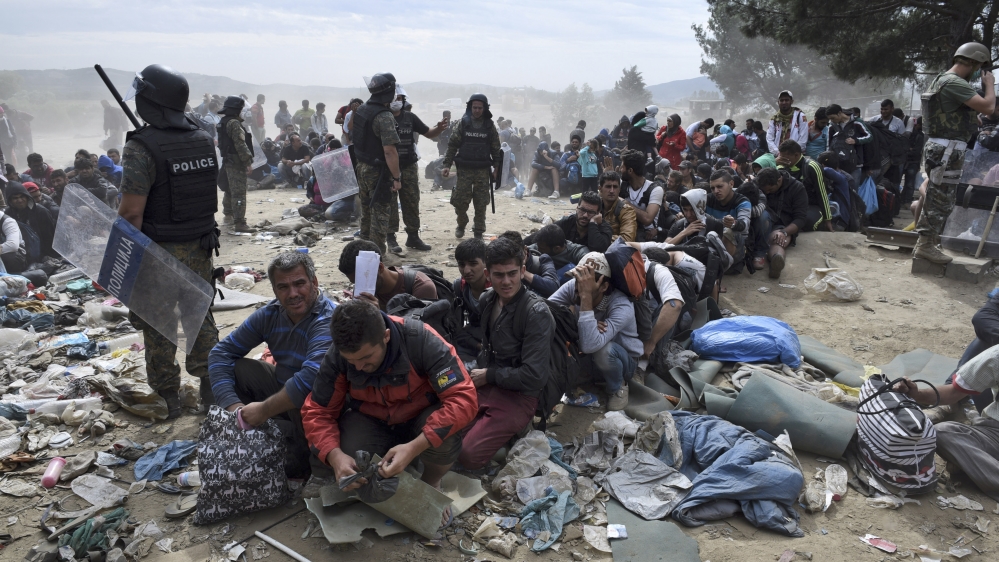 That is the situation. In that context the question arises: is there any possibility to find a “win win” solution? [caption id="attachment_6091" align="alignnone" width="720"]

Trans-Siberian railway, the land-bridge uniting Europe and the Far East[/caption] A few years ago in Moskow and in other European capitals there was talk of a new Transiberian development plan. The idea was that the vast landmass of Siberia could offer the occasion for a wide infrastructural development that would favor the economic exchanges between the Far East and Europe. And that along the way, many new cities might be built, in a land which is rich of raw materials. Mining industries might be built, and provide the basis for the growth of a whole new industrial development. The increased population of areas at the moment underpopulated, would in turn favour the growth of agricultural production. In order to implement this plan, you need people, money and technology. And here is the question: there new people coming into Europe, the refugees. There are countries that are less and less willing to host them, but might be willing to pay in order to keep them away: the European Union countries. There is a country that has a very wide landmass and a great power, and that would have a few advantages if it could go back to having full economic partnership with the E.U. countries, as it used to have before the Ukrainian crisist: Russia. A deal could be negotiated. If Russia were willing to accept a certain number of refugees, and host them in new towns in Siberia, those newcomers could get the opportunity to participate in the building of the new Siberian towns and, in so doing, over a period of five to seven years, get to know the local culture and acquire the necessary skills, in order to work in new industries. It would be learning-by-doing, while the new towns are being built. The E.U. might be willing to finance the construction of those new towns, and the relevant infrastructure – railroads, roads, schools, hospitals – while being assured that the refugees crisis will end, and that a new prospect of economic exchange with Russia will foster a new boost to the European economy. [caption id="attachment_6088" align="alignnone" width="720"]

The Vostochny Cosmodrome, under construction in East Siberia[/caption]   Incidentally, while working on this new entente between the E.U. and Russia, a new common cultural ground might be opened, that will be the precondition for a new alliance aiming at defeating ISIS, first of all at the moral level, then also at the econmic and military level. Wouldn’t that be possible? Of course it would be. Besides, it would be fully coherent with the United Nation charter. And it would be coherent with President Vladimir Putin intervention at the United Nation General Assembly, Sept. 28, 2015, when he proposed a new alliance against ISIS, in the style of the alliance that in World War II defeated nazism. Whether it is too good to become true, depends entirely of the good will of the current chiefs of State in Europe. Considering that Russia is a European State, even if its wider ladnmass is in Asia.  ]]>

Celebrazioni per i Cento Anni dell’Ambasciata del Messico a Roma

This website uses cookies to improve your experience while you navigate through the website. Out of these cookies, the cookies that are categorized as necessary are stored on your browser as they are essential for the working of basic functionalities of the website. We also use third-party cookies that help us analyze and understand how you use this website. These cookies will be stored in your browser only with your consent. You also have the option to opt-out of these cookies. But opting out of some of these cookies may have an effect on your browsing experience.
Necessary Sempre abilitato
Necessary cookies are absolutely essential for the website to function properly. This category only includes cookies that ensures basic functionalities and security features of the website. These cookies do not store any personal information.
Non-necessary
Any cookies that may not be particularly necessary for the website to function and is used specifically to collect user personal data via analytics, ads, other embedded contents are termed as non-necessary cookies. It is mandatory to procure user consent prior to running these cookies on your website.
ACCETTA E SALVA
Go to mobile version