An interview to Julia Foulkes*, about how Manhattan (New York) developed in recent years, and how Leonard Bernstein’s musical West Side Story captures its fundamental problems and its basic virtues. A paradigm of the develompent of today’s cities. An idea that Foulkes elaborates in her recent book A Place for Us: “West Side Story” and New York. 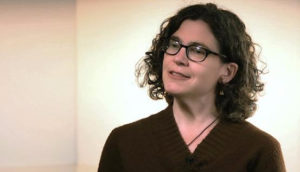 Julia Foulkes, which idea originated your book dedicated not only to the marvelous West Side Story (musical and film) but more specifically to its relation with New York City?

For many years now I have been researching the tie between arts and urbanization—why do artists reside in cities? What impact does that have on cities? On the arts? Lincoln Center for the Performing Arts on the west side of Manhattan is an excellent case study to think through some of these questions. It was a major intervention into the physical landscape of New York City; it received the most federal dollars of any urban renewal project in that era; and it completely transformed its neighborhood from 3-4 story residential buildings and small businesses to one of the wealthiest neighborhoods in the city, with a kind of temple to the arts at its heart.

In researching the development of Lincoln Center, I came across the fact that the beginning of the film of West Side Story was partially shot on the demolition site for the urban renewal project (on W.68th St. between Amsterdam and Columbus Avenues). I realized that I might be able to answer some of my questions about the ties between arts and cities if I looked in-depth at one artwork (or, in this case, at the stage and screen versions of West Side Story)—that I could see the specific ties of a particular moment being enacted.

West Side Story has not often been seen as a story of New York City– but it is. It captured the city at a moment of dramatic change, in migration, in demographic changes as white folks moved to the suburbs, in a wave of post-war building, and in the role of cities in American ideals. West Side Story captures all that—even as it also reimagines a classic love story.

West Side Story debuted on Broadway in 1957, exactly 70 years ago. Why has this masterpiece been called a “New York Rhapsody” ?

One of the intriguing elements that my research uncovered was that, initially, people identified the New York City elements of West Side Story but those very elements came to be seen as generally “American” when the production traveled abroad. Of course, New York City has often stood in for “America”—as often as it has also been seen as an exception to much of America! I think these multiple interpretations of West Side Story—as a story of the city, as a story of America—are part of the reasons it continues to resonate, 70 years after its creation and around the world. So, when it was performed in post-apartheid South Africa in 1994, a critic called it a “New York Rhapsody” because it is not a shining story of assimilation and American glory. It’s a tragic one of loss and discrimination—but also resistance and passion, a compassionate rendering of a place riven by prejudice. a rhapsody that, perhaps, spoke to that moment in South Africa.

How did the story of “Romeo e Giulietta” (written, more or less, 420 years ago) change in going from 16th century Verona to 1950s Manhattan in West Side Story?

West Side Story retained the love story at the center of the plot of Romeo and Juliet, but it also transformed the story by setting it in gang life in New York. The story became about Puerto Rican migration, urban renewal, the Cold War, racism in addition to juvenile delinquency — urban life in mid-20th century America. 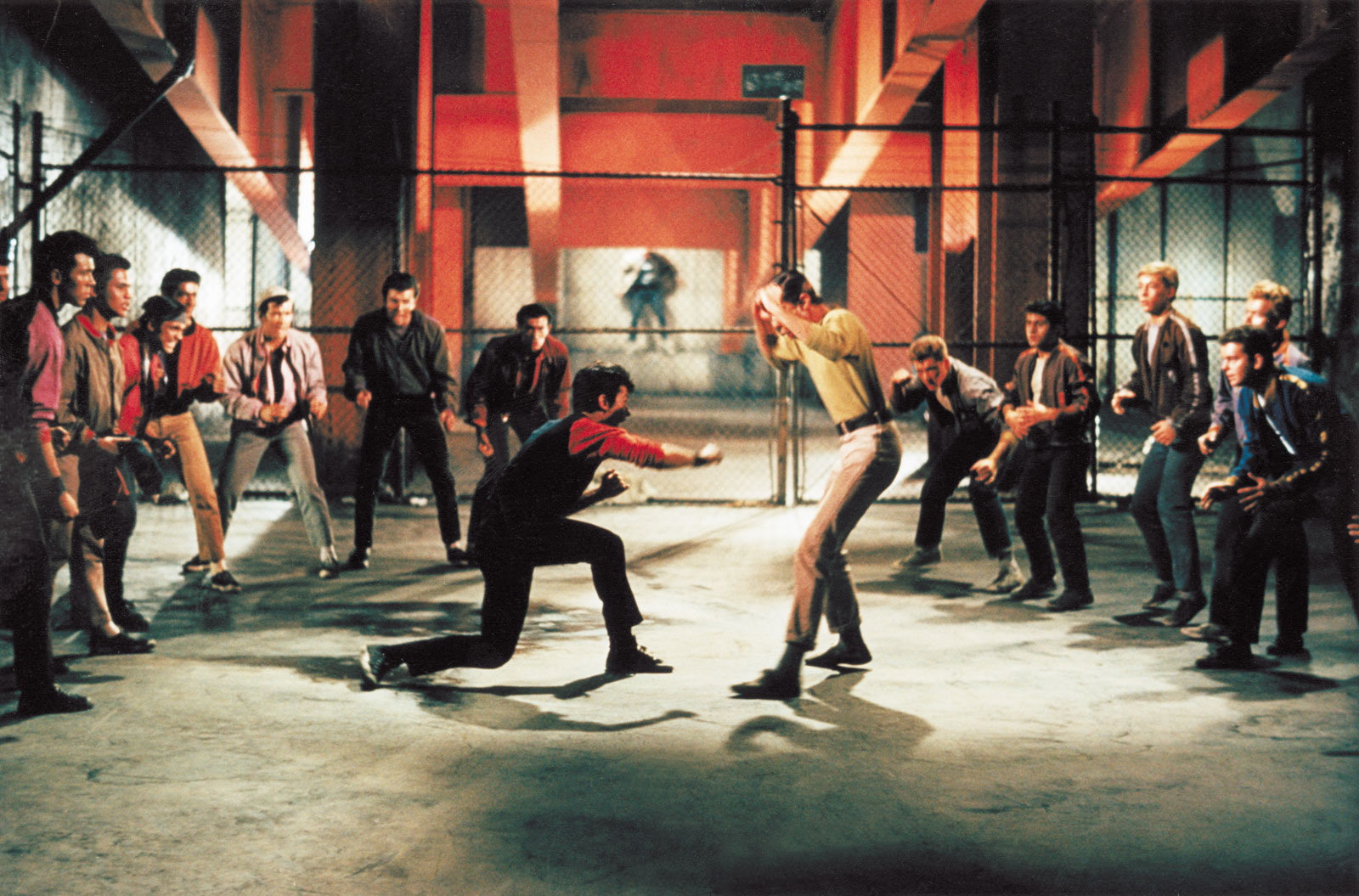 An image of the movie West Side Story, capturing the conflict among gangs, similar to the Capuleti and Montecchi feud.[/caption]

But it was the altering of one major plot point that made West Side Story not just an updating of Romeo and Juliet but a transformation of its meaning. The tragic death of the young lovers in Shakespeare comes from a faking of Juliet’s death and Romeo’s lack of knowledge of the plan. As Juliet lies asleep, Romeo kills himself; she awakens to his death and therein kills herself. The playwright Arthur Laurents simplified the cause of death in West Side Story – and irretrievably shifted the meaning of the story. It is the taunting of Anita – the harrowing near-rape of a Puerto Rican “too dark to pass,” as one of the Jets declares – that turns her support of Maria and Tony’s love into betrayal. In a rage, she spits out the lie that Chino has killed Maria. The story changes from a clash of families in Romeo and Juliet to the tragic consequences of racial prejudice and discrimination in West Side Story. Maria also lives at the end of West Side Story, rather than dying as Juliet does, a plot difference that underscored the enduring effects of prejudice. She remains alive to rebuke and remind others of the costs of such folly. 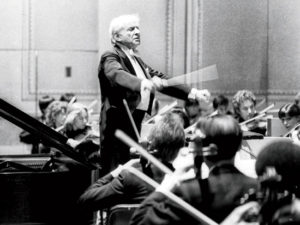 Leonard Bernstein, the author of the musical West Side Story[/caption]

* Julia Foulkes  A Place for Us: “West Side Story” and New York  (The University of Chicago Press 2016) 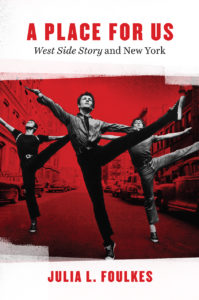 Julia Foulkes is Professor of History at the New School for Social Research in New York City. She investigates interdisciplinary questions about the arts, urban studies, and history in her research and teaching. Her most recent book is A Place for Us: West Side Story and New York (2016). She is also the author of Modern Bodies: Dance and American Modernism from Martha Graham to Alvin Ailey (2002); To the City: Urban Photographs of the New Deal (2011); and the editor of two journal volumes, The Arts in Place (Journal of Social History, 2010) and, with Aaron Shkuda, essays on arts and urban development in the Journal of Urban History (2015). Currently she is researching the rise of New York as a capital of culture in the 20th century.

With Professor Mark Larrimore, she is also leading efforts to research the history of The New School and oversees a website devoted to exploring the complex and far-reaching history of this institution. She has also been a lead faculty member of the Humanities Action Lab, an international hub where the humanities and design generate innovative curricula and public enagement on urgent social issues. The first exhibition, “States of Incarceration”, examines the history of imprisonment in the U.S.

Among her recent publications:

A Place for Us: West Side Story and New York (2016); “Seeing the City: The Filming of West Side Story,” Journal of Urban History (2015); “Dance and the City,” Festschrift for Rüdiger Kunow (2013); To the City: Urban Photographs of the New Deal (2011); “Streets and Stages: Urban Renewal and the Arts after World War II,” Journal of Social History (2010); Modern Bodies: Dance and American Modernism from Martha Graham to Alvin Ailey (2002).