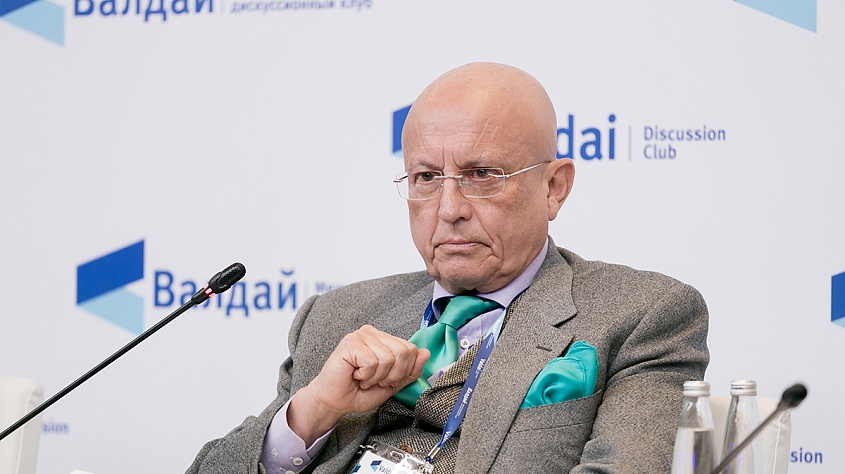 On February 18th  the 7th German- Russian- Economics-Conference “Innovation as growth motor” took place in Berlin opening new promising perspectives for an improved future German – Russian energy and economic cooperation. The Conference was organized by the Moscow based “German -Russian Chamber of Foreign Trade Chamber” (AHK) and the German Chamber of Industry and Commerce (DIHK).  It gathered more than 500 Representatives, including top CEO’s from Russia and Germany, as well as ministers from Russia and Germany , among them  Russian Economics Minister Oreshkin, Russian Trade Minister Manturov who is also an economic advisor for President  Putin, as well as German  Economics Minister Peter Altmaier, the Chairman of the German -Russian Chamber of Foreign Trade (AHK) Andreas Schepp and  Dr.Treier from the German Chamber of Industry and Commerce.

In his keynote address to the conference German Economics Minister Peter Altmaier (who is economics minister since 2 years) made reference to four trips he has made to Russia during the last 2 years, which convinced him that a major transformation in terms of modernization has occurred in Russia in the last 20 years. He spoke about the “common responsibility between Germany and Russia” and stated that in respect to the many young people he had talked to in Russia, “we can’t disappoint the expectations of those young people” in terms of education and economic future.  Reporting about the discussion he had at the conference with Russian Trade Minister Manturov, he stated that it was decided to form a German/Russian working group in order to discuss future energy policy as well as establish an “efficiency partnership” and concentrate on cooperating in key projects in the field of railways, energy policy and strategic working groups with medium sized firms as investors; “with a modern industrial policy in Germany we want to contribute that Russia’s modernization continues.”

Russian Trade Minister Manturov in an interview with online Magazine Sputnik (February 20th) pointed to the “very constructive and pragmatic relationship with Germany,” that had been constructed over the years and that the discussions confirmed that there is mutual interest to develop “joint projects,” such as digitalization, but also projects like “hydrogen based energy,” in terms of storage of electro energy, batteries and condensers. He underlined that German trade with Russia ranks second after China and that there is the intent to increase the trade volume to $200 billion, while Russia wants to invest 370 billion Euro till 2024 in infrastructure, social and industrial project, i.e. increase state investment by 5% to stimulate the demand in the country.

“It’s not a shame to be a Russia understander” AHK president (hon.) Andrea von Knoop

In order to illustrate the economic, scientific, political and cultural implication of the recent conference in Berlin, one should pay special attention to an interview that was given by the present Honorary President of the German- Russian Foreign Trade Chamber (Moscow) and Senior Counsel to Ernest and Young (CIS) Moscow, Andrea von Knoop. This extraordinary personality has done more in terms of bridge- building between German and Russian industry as well as paving ways for closer economic cooperation between the two countries, than is generally acknowledged. This was particularly the case during the last years when a shift occurred in German Politics accompanied by the main stream media attacking all those experienced politicians, economists, military and cultural representatives who despite sanctions advocated strong relations with Russia.

Being asked by the interviewer, what it was that fascinated her so much about Russia, von Knoop stated that despite the fact that she does not have any family roots there she felt very close to the country: “My love story with Russia and its people began in 1965, when  after my high school graduation, at the occasion of the first international industrial exhibition of the Soviet Union, I traveled for the first time to the USSR, to Moscow. I was curious about this secretive and frightening country behind the Iron Curtain and I wanted to get to know a small part of it.” At that time she had decided to study Eastern European History with emphasis on Russia, and in the following years studied at the universities of Cologne and Vienna, being particularly “fascinated about Russian literature.” Looking back to more than 35 years, as  von Knoop emphasized, she became witness of different epochs – ranging from the  former Soviet Union at the time of the Cold War, to the  changes in the  90ies, till today.

“This great country and its people have fascinated me more and more during the course of the years. Given my professional activity I was lucky to be able to visit many regions of Russia  up to Vladivostok and this way get an impression about the gigantic size and diversity of this country which is the largest one on earth,” von Knoop stated. If anybody asked her where her home was, the answer would be clear: “In Moscow, since here I have my permanent residence.” And she added that Russia is “a country which you either love as I experienced it or you hate it.”

In 1970/71 – in the context of a scientific exchange between the Federal Republic of Germany and the Soviet Union – she spent one year as research student at the Lomonossov State University (MGU) in Moscow, living at the student residence on the Lenin Hills. “At that time there was no student exchange with West Germany, the only exchange was one between scientists of the respective countries and the Soviet Ministry of Higher Education , or rather the Academy of Sciences. I spent most of the time in the Lenin-Library in order to study original sources for my doctoral thesis that was devoted to a theme of Russian history at the end of the 19t h century and beginning of the 20th century.”

With permission from of the foreign department of the State University she was allowed together with some other students to travel to Siberia, Irkutsk and Bratsk, as well as make a trip to Central Asia, Tashkent, Bukhara and Shiva as well as visit some cities of the Golden Ring around Moscow. What counted above all for von Knoop during this period, despite the fact that as foreign students, people were strictly observed, was the absorption of “ideas.”

As she stated in the interview “during that period I had the privilege to get to know some extraordinary people who didn’t belong to the average. These were at that time representatives (still alive) of the old Russian Intelligentsia, that enriched my view concerning Russia; this unique mixture of being educated, cultivated, refined, of intellectual and  artistic work as well as personally experienced history, this fascinated me tremendously and had a great influence on my differentiated  perception of Russia – with all its positive and negative sides –but much more than one could learn from books.”

On July 13th 2016 Russian President Putin by decree gave von Knoop the “Russian State citizenship.” This award was given to her in a period when relations between Russia and the West were in a major crisis. The award of the Russian citizenship was according to von Knoop given to her “for outstanding, long standing achievements in terms of the German-Russian Economic relations. (…) This was the greatest honor in my life- a life that had been shaped by Russia.  My professional engagement for these relations became my passion and enthusiasm and I will always, as long as I live, engage for this, in good as well as in bad times. My Russian friends have always long before that had happened called me ‘The German with the Russian Soul.’ There is indeed  a homeland  by birth and family where man has his origin  and  a homeland which is chosen by his soul. And that way Russia has become my homeland.  This is why I am now both: I am German as well as Russian and I am very happy about this!”

At the height of the Russia- Ukraine crisis von Knoop was insulted by some German mainstream media as “as someone who understands Russia” (Russland-Versteher). According to her this only proves that most of the main stream media people have only a superficial idea about Russia and are simply using clichés. As von Knoop underlines in the interview, in reality it is “not at all a shame to be a Russia understander. The contrary is true, only someone who makes an effort to also understand other viewpoints – which does not mean that one shares everything in each point – can come to a fair judgement.”

Von Knoop pointed out in the interview that the “German economy represents the largest and most reliable variable in the German –Russian relations.” “Since years Germany and Russia are connected by very close trade and economic relations, which even in the darkest period were not influencing our common history. Those business firms which are active in Russia opposite to other nations never let themselves become deterred by crisis… And that speaks in favor of long term thinking and their loyalty to their long time trusted Russian partners.” Despite the painful crisis of the last years and the loss of confidence, according to von Knoop, Germany still belongs to the most important economic partners of Russia and according to the trade statistics ranged last year as number two behind China. The net German direct investments in the year 2018 reached the range of $ 3,26 billion Euros. With more than 4000 business firms, that employ more than 260.000 employees, the German economy represents the strongest foreign business community in Russia. And yet all this could be much better “if there was support given by German politics.” “Europe not only needs Russia from an economic point of view, but also as strategic partner in order to solve global problems. In particular the historically grown relations between Germany and Russia should not get to a halt. Europe cannot afford to lose Russia.”

Medium sized enterprises, according to von Knoop, are the motor of the German economy at home as well as abroad. In November of this year the German-Russian Foreign Trade Chamber (AHK) will give for the 6th time the “Otto Wolff von Amerongen medium sized award whose patron is von Knoop. The legendary German businessman von Amerongen was considered the “pioneer for trade with Eastern Europe.” As von Knoop emphasized, more than 99% of all businesses in Germany are medium sized businesses. They not only represent a major part of the German Economic Output but also stand for 60% of all work places, 82 % of all training positions and lastly innovations.” Also in Russia the focus it put on the promotion of smaller and medium sized businesses (KMU). This was explicitly mentioned in the May decrees of President Putin that were defining the Development strategy of Russia till the year 2024. Small and medium sized German businesses are strongly engaged in Russia.