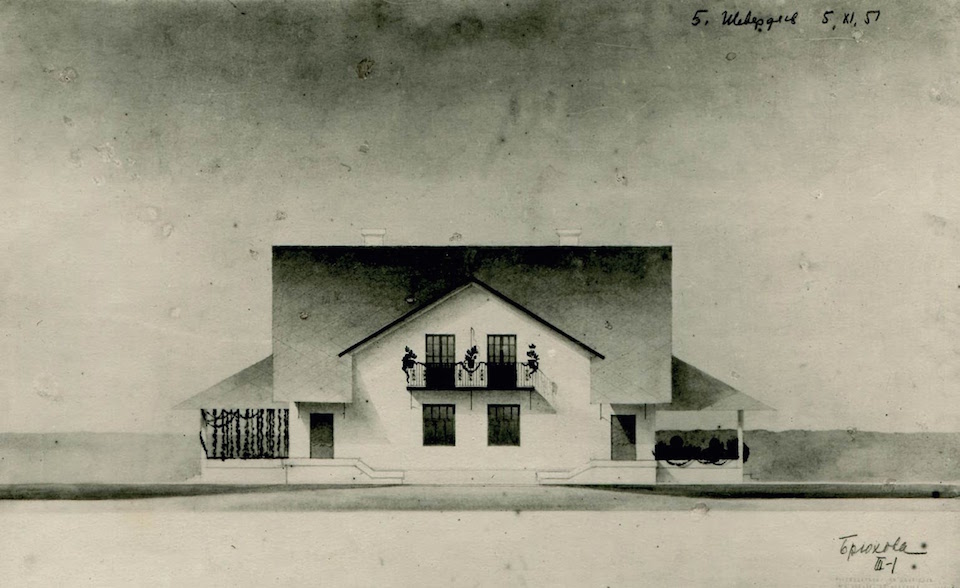 Since the outbreak of the corona virus Covid 19 in China, beginning of this year, the epicenter of the pandemic right now is Europe: the pandemic now is extending in Western, but also Eastern Europe and Russia, and hitting the entire globe. This includes the US /Canada, Latin America, Africa, the Mideast, as well as the sub-Indian continent and Australia.

The answers given by the European governments that are in daily contact with their  leading epidemiologists and virologists  are “unprecedented”, since all societies become aware that we are in the midst of a “life and death fight”, a fight against time – in order to slow down the rapid spread of the deadly virus.  In Italy, Spain, France, Portugal, Belgium and Austria – to name a few – “curfew” has been imposed by the governments, while all social activities- except giving the average citizens the possibility to supply themselves with food and pharmaceuticals, as well as gasoline- have been reduced drastically: schools, universities and Kindergardens are shut down across Europe for the next couple of weeks. In Germany almost all restaurants, bars, cinemas, swimming pools, theaters and concerts are closed. All sports events cancelled, as well as fairs and gatherings with more than 100 persons. The Churches are shut down and most of the governments are working right now in “home office” mode or via teleconferences. Libraries and all supermarkets except the ones which supply essential food are closed. Most of the industrial production – for example automobile production across Europe- is coming to a standstill, while air transport is reduced to an absolute minimum. All European borders (EU-Schengen) and increasing inner European traffic are virtually shut down for tourists. So far trucks can go through, even if Poland has taken such drastic measures, that this provoked up to 40 km traffic jams at the border between Germany and Poland. The German Army is right now deployed to help the truck drivers. Other parts of the army are deployed to make army hospitals available in order to help hospitals.

In some regions in Europe, for example in the northern region of Bergamo (Italy) there is a desperate run against time in terms of combating the virus infections. Some hospitals in Bergamo according to contacts , are so thinned out in terms of hospital bed capacities for intensive care and  corona virus infected patients, that doctors like in war have to decide on taking “triage” measures – which determine who among the dramatically hit patients is going to survive. From 3000 reported dead people in Italy, 300 just died yesterday (18th march) in Bergamo. Military trucks are transporting the coffins in the night to other crematories, because there are too many coffins piling up for the Bergamo crematorium.

Very critical is also the situation in the “Grand Est” in France – the Alsace region (Mulhouse and Colmar) where hospitals work against time, not having enough hospital capacities to cure the gravely infected people. As the German Daily FAZ reported (18th. March), in Mulhouse region many people got infected as result of an evangelical gathering end of February that brought together more than 2000 participants. In Germany where North Rhine Westphalia is most dramatically hit, many infections – as one knows by now- have been the result of people making ski holidays in Southern Tyrol; the same goes for some ski resorts in Austria –as result of which some of these  regions like the contaminated city of  Heinsberg (North Rhine Westphalia) have been totally shut down. In Germany the imposition of curfew in the federal states and the declaration of disaster situation is only a question of time.  The present government decisions are based on the infection protection law (according to the Basic Law). Too many citizens simply don’t want to face reality, change their “life style” or show solidarity with other people.

Emanuel Macron:  “We are at war not against armies but against the virus”

Most outstanding was a speech which was given by French President Emanuel Macron on 16th of March in which he called for a “general mobilization of the French people” to combat the corona virus. He announced that the government had adopted the most strict measures to halt the spread of the Corona virus and made clear that France had to take such exceptional decisions (virtually shutting down the social life of society) – measures which are temporary “in times of peace”. They would have been taken on the basis of scientific recommendations with one single objective: “To protect us against centers the propagation of the virus.” He harshly criticized the fact that during the last days a lot of people had been gathering in the parks, in market places and bars, not at all respecting the rules that had been outlined, and announced that as of now they had to “close down their social contacts.”  He stated that these people have not only “not” listened to the advices given, “they don’t protect themselves –  even if you show no  symptom  you can transmit the virus; and even if you don’t have any other symptom, you risk to contaminate your friends, parents and put in danger the health of those who are dear to you,” he warned.

In the Grand East and in other regions of France, as he pointed out, hospitals and nursing services are fighting to save lives with tremendous commitment and energy. “All our engagement, all our energy, all our force must concentrate on one single objective: slow down the progression of the virus. I tell you tonight that we should respect the limits imposed and the health advices- which are the only means to protect vulnerable people and have the citizens not get infected as well as reduce the pressure on the reanimation services, so that they can take better care of the patients.”

Macron furthermore told that nation:  “We must give proof that there is a spirit of solidarity and a sense of responsibility. Every one of us must at all cost reduce the number of people that he is in contact with, on a daily basis. This is what the scientists say, an absolute priority.” He announced the curfew measures imposed by the government underlining: “This means that outside gathering, family gatherings or gatherings with friends will no more be allowed. It will no longer be possible to find friends in a park, in the street. We must limit by maximum such contacts. Everywhere on the French territory … what is only permitted is that the most necessary things are made, including purchase with discipline keeping at distance. The best rule is the one where each citizen applies these general rules personally to himself- hence I appeal to your sense of responsibility and solidarity.(…)France lives through a very difficult moment. Nobody can say how long this will last. If you want to help stay at home and limit your contacts. That’s the most important.”

Angela Merkel: “We are facing the biggest challenge since  the Second World War”

On march 18th also German Chancellor Angela Merkel made a TV address to the nation in which she stated that Germany is “facing the biggest challenge since the Second World war.” “The Situation is very serious and in such situation what counts is to act together in solidarity.” She pointed to the paradox that while in times of emergency people look for friendly support, the corona virus is a challenge where the “contrary” will help, namely reduce the social contacts, stay at home in order to slow down the spread of the Corona virus. She listed all the necessary measures advised by the virologists for each and everybody in society and kept underlining that it’s the “spirit of solidarity and responsibility of each citizen that counts in order to combat the crisis.”

“We will do whatever it takes for the economy”

Both French President Emanuel Macron who announced special economic measures for the French Economy ( including major help for medium and small sized industry, major tax alleviations and assistance for smaller banks) as well as Italian Prime Minister Giuseppe Conte and German Chancellor Merkel in line with German Economics Minister Altmaier, the German Minister of  Finances Scholz, the Minister of Labor  Hubertus Heil, the  chairwoman of the ECB Christine Lagarde as well as the EU Finance Ministers- have indeed  during the last days have expressed their firm commitment that in  order to help the hard hit economic and productive industrial sector in Europe  (big business, medium sized and small sized firms as well as independent contractors or freelancer) and house banks  “we will do whatever it takes.” On March 19th ECB chairwoman Christine Lagarde announced an emergency program “Pandemic Emergency Purchase Program” (PEPP) of 750bn Euro with which across Europe State bonds will be bought up by the ECB: “We will do whatever is necessary,” Lagarde said. In Germany Finance Minister Scholz end of last week had announced that additional 500bn Euro will be activated in Germany for helping ailing business and infrastructure. A key role will be played by the State owned “Reconstruction Loan Corporation” (Kreditanstalt für Wiederaufbau) which could extend guarantees and bonds as well as facilitate credits for ailing small banks and business. Similarly on March 17 the EU Finance Ministers announced that everything will be done to fight the corona virus. There is talk about the emission of ESM bonds by the “European Stability Mechanism” (ESM) which has itself a 410bn Euro lending capacity.

In a press conference March 18th that was given by Economics Minister Altmaier (CDU), Labor Minister Hubertus Heil (SPD), the chairman of the Federal Employer’s Association Ingo Kramer and the Chairman of the German Trade Union Confederation (DGB) Reiner Hoffmann, the demand was raised that in light of this unprecedented crisis, a “social partnership” must be introduced and that the present emergency has brought about a situation which is by far “more critical than 2008/9.” Measures should be taken whatever it takes, they said. For the  next  weeks this will imply that the State will give assistance  in terms of  “ Short time allowance” for all those workers who work right now shorter hours on a grand scale; it was also announced that there will be close cooperation with the respective job agencies to extend 26bn Euro for securing jobs. Both Altmaier and Labor Minister Heil spoke about a “special hardship fund” that should be used to help people such as “independent contractors, small shopkeepers or freelancers.” These measures in essence call for a vigorous “social partnership”, a social pact between trade unions and employers in order to overcome the crisis in a spirit of solidarity.

A very moving signal was given some days ago by Pope Francis who in the midst of an empty Rome made a pilgrimage by foot from the Roman Marian Basilica Santa Maria Maggiore to the Church of San Marcello al Corso where he prayed.  Being asked in an interview why he did this, he answered: “I asked the Lord to stop the epidemic; I said Lord, stop it with your hand.” Pope Francis underlined that the Vatican is following closely the news on the coronavirus emergency and in the midst of a locked down Italy he said: “We must rediscover the concreteness of little things, small gestures of attention we can offer to those close to us, our family, our friends. We must understand that in small thing lies our treasure.”