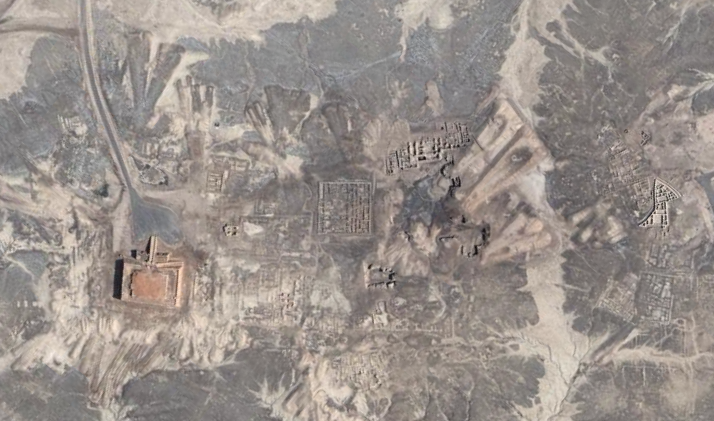 The museums are closed, and travel has been stopped. But the experience of great works of art that expand our cultural horizons and deepen our faith is not something we need to deny ourselves in this Lenten period when we are mostly stuck at home or laboring on the front lines of the healthcare system. Thanks to the internet, advances in photography, and the farsighted efforts of some great museums, videos are available that can bring each one of us close to a masterpiece.

Here are three videos about three remarkable paintings which we can enjoy. The videos have been made originally in different languages, but they have excellent English captions.

Let’s begin with a painting by Domenikos Theotokopoulos—better known as El Greco, a nickname than means “The Greek” in a combination of Italian and Spanish. He was born in 1541 on the Greek island of Crete (hence his name) where he became an accomplished painter of icons. Then he moved to Italy, where he absorbed the style of the great Venetian Renaissance painters Titian, Tintoretto and Veronese during the 1570s. He went to Rome, where he volunteered to repaint Michelangelo’s Last Judgment (!) and finally ended up in 1577, in Toledo, Spain, where he spent the rest of his highly productive life.

El Greco enjoyed the friendship and patronage of the religious and intellectual elite of Toledo, which was once the capital of Castile and the center of a vibrant culture that during the Middle Ages had seen Christians, Jews, and Muslims cohabiting peacefully. His art combines realistic portraits and still life details, with dematerialized images of the heavenly world in a way that is totally unique to him.

The “Disrobing of Christ,” an image especially appropriate for the Lenten and Easter season, was one of his first works in Toledo and made his reputation as a celebrated artist in 1577. In 1614, the anniversary of El Greco’s death, it was cleaned and conserved at the Prado Museum in Madrid. The video presentation of that by the restorer Rafael Alfonso will bring you closer to the picture than you can achieve in the Toledo Cathedral: https://youtu.be/8KJeuWuoYPA

The painter Frans Hals was born around 1582 in Antwerp (now in Belgium) during the Eighty Years War between the northern provinces and Spain. His Protestant parents fled to Haarlem, in the emerging Dutch Republic, while he was an infant. Since the market for religious painting disappeared in the Protestant northern provinces, Hals began his career in portraiture. His earliest known portrait depicts Jacobus Zaffius, a priest who had gone to jail for refusing to turn over Catholic property to the Haarlem city council.

Hals, considered one of the three greatest artists of the Dutch Golden Age, turned the tradition of Dutch civic militia portraits from what some have described as “yearbook photos” into lively, engaging scenes where story-telling balances the rendering of individual traits. But the picture that concerns us here is another unique contribution by Hals: a family portrait which by a twist of events has ended up in three pieces in three different collections. It is the centerpiece of a small exhibit in Brussels, Belgium, which few people will see but you can enjoy in a video from the museum: https://youtu.be/-ND_ygYlvtM

The Dutch scholar Pieter Biersboer, through years of archival research, figured out who the family is: the Van Campens, a Roman Catholic family from Leiden who became wealthy textile merchants in Haarlem, where they played a crucial role in Catholic charities in this Protestant country (if you were needy, you had to convert to Calvinism to qualify for public aid).

Finally, a small gem of a picture from the Madrid City Hall that some of you might have seen at the recent National Gallery of Art exhibit honoring the Spanish Renaissance sculptor Alonso Berruguete. Perhaps if you saw it, you marveled at the architectural setting in which the Blessed Virgin sits. The picture was painted around 1500 by the sculptor’s father, Pedro Berruguete.

This video from the Prado Museum explains how this artist’s work combines elements of his Flemish training, his experiences in Renaissance Italy, and the influence of Mudejar architecture—the type of Arabic-influenced architecture practiced in Spain by Muslims who remained in Spain after the Christian Reconquest of the Iberian Peninsula. It also beautifully unifies the central themes of Christianity, from the incarnation of Christ to his Passion.

Ex-NATO General: „The longer the war, the greater the risk of...