National Memorial Day of the Exiles and Foibe, or Giorno del ricordo in Italian language, is an Italian celebration for the memory of the victims of the Foibe and the Istrian-Dalmatian exodus. With Italian Law 92 of 30 March 2004  has been instituted this Day of Remembrance in day 10 February, to keep memory of victims of Foibe and of the exodus to which almost the whole population of Italian origins living in Dalmatia and Julian March has been constricted by Yugoslavia. The same law has instituted a specific medal to be conferred to relatives of victims. The term “Foibe Massacres” owes its meaning to the sinister methods of execution used by the Yugoslav Partisans (primarily Croats, Slovenes and Serbs) during and after the Second World War. The foibe were mass graves used for collective summary executions, mostly of Italian civilians. Sometimes the victims were shot immediately after their arrest. Other times they were imprisoned in Yugoslav concentration camps, where they suffered inhumane conditions: whippings, beatings, starvation, torture. They were often forced to fight each other for a single piece of bread or for the amusement of their captors. Prisoners were usually killed in pairs, tied to the edge of a pit and mowed down with machine guns. The Foibe genocide began in Istria in the Fall of 1943, and increased in intensity until June 1945, when the Western Allies assumed control of Trieste. The massacres continued until at least 1947, especially in the area of Istria occupied by the Yugoslav militia of Josip Broz Tito. It is estimated that the number of Italians killed was as high as 20,000 to 30,000. This included not only Fascists, but also many anti-Fascists, including Italian Partisans of the CLN (National Liberation Committee) who fought alongside their future murderers. The victims also included clergy and even women and children. The Yugoslavs targeted Italians sometimes on ideological grounds, other times on religious grounds, but above all on ethnic grounds, indiscriminately massacring all who opposed Slavic imperialist designs and the annexation of Julian Venetia to Yugoslavia, making slaughter of both military and civilian, Fascist and anti-Fascist, male and female, adult and child. The Foibe Massacres were a product of several types of hatred: ethnic, national and ideological, and owes its origins to 19th century Pan-Slavism. It was a brutal revolutionary ethnic cleansing for the purpose of territorial annexation, committed in the name of Yugoslavism, Titoist Communism and Croatian-Slovenian irredentism. 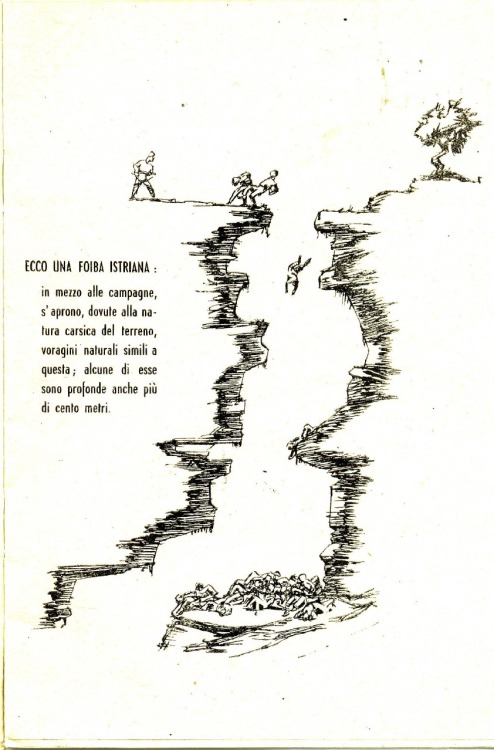