By Elisabeth Hellenbroich A nasty one hour broadcast produced by journalist Michael Renz and others was aired in the second public television channel (ZDF) on December 15th 2015 in Germany. The TV report was a slanderous attack against Russian President Vladimir Putin and it was in part a rehash of an older ZDF report (February 2015). “Power hungry Putin” was the title of the ZDF slander. The Russian President was portrayed as a man who intends to reestablish the Russian czarist empire and who plays with world politics like a gambler. A whole group of notorious Russia haters, including NATO Allied Supreme Commander Europe (SACEUR) General Ph.M. Breedlove, Putin biographers like Masha Gessen (USA) et al. were peddling the line that Putin was a notorious liar and a dictator, that he had had to face many assassination attempts and may not leave the Kremlin alive. The slander piece is an illustrative example for the type of media disinformation campaign – all based on reports that are repeating stereotypes – which since the outbreak of the Ukraine crisis has damaged the European – Russian and in particular German –Russian relations. In light of the new strategic challenges, especially the one emerging in the Arab peninsula which Europe and the rest of the world are going to face in the coming months, a totally different point of view on Russia must be taken into account. It was recently expressed in the Russian and international press by a known German industrial advisor living in Moscow. Those strategic challenges remind careful observers of a return of former US National Security Advisor Zbigniew Brzezinski’s “Arc of crisis” strategy and of the American Council of Foreign Relations scenario of “controlled disintegration”. A rational long term strategic view by a leading German industrial advisor The German economist Andrea von Knoop who is living in Moscow since decades as an influential senior consultant recently gave an interview to “Russia beyond the Headlines” (a paper sponsored by the Rossiyskaya gazeta media group which is distributed to syndicated press all over the world), in which she stated that despite the worst crisis of confidence in German -Russian relations since the end of communism, the industrial economic cooperation will remain a solid pillar and a “constant” in German- Russian relations. [caption id="attachment_5983" align="alignnone" width="275"]

Andrea von Knoop[/caption] “I have seen the effects of the Cold War and I was happy about the German Ostpolitik which began in1969”, von Knoop said. “Step by step confidence was built up. It was a painful process but it functioned. Gorbachev’s vision of a ‘common European house’ was fascinating us and there was also hope for a new Russia to emerge. It seemed that this process was irreversible. But since one and a half years we witness a devastating loss of confidence on both sides: it is the biggest crisis since the end of the East-West conflict.” [caption id="attachment_5981" align="alignnone" width="300"]

Russian President Vladimir Putin speaks in Sevastopol (Crimea) May 9, 2014.[/caption] According to von Knoop the Ukraine crisis was “the trigger of the actual Western- Russian conflict.” “Even if we often heard the contrary from the side of American and European politicians, it didn’t please everybody that Russia became stronger, more self-conscious and economically prospering until 2013.” [caption id="attachment_5984" align="alignnone" width="300"]

Zbigiew Brzezinski. At the Sicherheitskonferenz, held 01.02.2014 in München. Foto: Tobias Kleinschmidt[/caption] In order to illustrate the strategic background which led to the actual situation, von Knoop made reference to the infamous book written by former National Security Advisor Zbigniew Brzezinski “The only world power: America’s strategy for world dominance” (1997) in which he develops his concept of an ‘Eurasian chess board’. “Brzezinski believes that a support of Russia by the West would only strengthen its imperial ambitions. Instead of democratization and Europeanization the desire would be aroused to win back its former role as a great power. Also the Eurasian coalitions, like the ones between China, Russia or Iran would be counter to US interests, as well as a rapprochement between Germany and Russia, France and Russia or altogether Europe and Russia.” When Putin took power in 2000, Brzezinski, according to von Knoop, saw this as a major strengthening of Russia. Because of this “he was one of the most fervent supporters of a NATO’s eastern expansion.” She also pointed to Brzezinski’s writings in 1990 concerning the Ukraine in which he had stated that Russia without the Ukraine would never become a superpower. Only in this context could the bitter political fight in the Ukraine be understood. But she also referred to what Brzezinski had written about the Europeans (and he is not the only one who thinks this way according to von Knoop). “It is a simple fact that Western Europe and Central Europe will largely remain an American protectorate whose allied states are reminding us of vassals and tributaries.” It is clear that from this point of view Europe would need Russia as a counter pole if it wants to emancipate itself from the US. Being asked about the very harsh line that Germany is showing towards Russia and to what extent Germany under such circumstances could still be considered an ‘honest broker’, she underlined that the policy shown by Berlin had led to a loss of confidence and the fact that we became “water carriers for the US”, as she put it, “has disqualified the Germans as an honest broker.” Neither in Germany nor within the EU there is an “honest Russia policy”, she stated. Whether the German industrial and economic representatives have given in to the “primacy of politics”, von Knoop was asked. “The economy is the most reliable constant in German-Russian relations and this remains. Even in the darkest periods of our common history this did not really change. Our industrial companies have never let themselves become deterred from any crisis. They think strategically and honor the loyalty of our Russian partners whom we know since decades”, she replied. German companies did not give up. The “primacy of politics” (a term used by totalitarian regimes, as she noted) painfully would limit some maneuvering room and the damage was substantial if one only looked at the decline of Germany’s export economy, von Knoop stated. “Nonetheless the contact with our Russian partners is alive and the discussion channels are wide open! The German economy is acting on its own; its protests articulated towards the German government only find deaf ears. Now the attempt is made to partially win back the confidence which existed in the past decades. Let’s assume a solution is found for the eastern Ukraine and the Crimean peninsula, recognized by the West, remains Russian, will there be a return to the status quo ante in German- Russian Relations? There is no other option. We need a reasonable consensus with Russia. Europe needs the country economically as well as a strategic partner in solving the global problems. The core issue remains the historical relations between Germany and Russia as they evolved over centuries. And fortunately there are some German politicians who look at the relations from this standpoint.” Von Knoop qualified the “modernization partnership” and the “light house power projects” as “empty shells.” “You can’t order such things from above. There is the factor of time which plays a role. The whole thing was a good idea, but you can’t force through modernization by all means. In respect to the emotional conflict between the “Atlanticists” and the “Russia understanders”, she emphasized that it’s not a shame to be a Russia understander. On the contrary. Only the one who tries to understand the standpoint and view of the others – which not always means that one must share it – can have a fair judgement. There is not only one “truth”, which is imposed on us by the western mainstream media (mostly are convinced Atlanticists), von Knoop stated. “Such Manichean viewpoints and accusations are pitiful and unbearable: In addition a large part of the German public – people in the street – doesn’t want to be led around the nose. People see through the game and feel rather sympathy and understanding for Russia.” 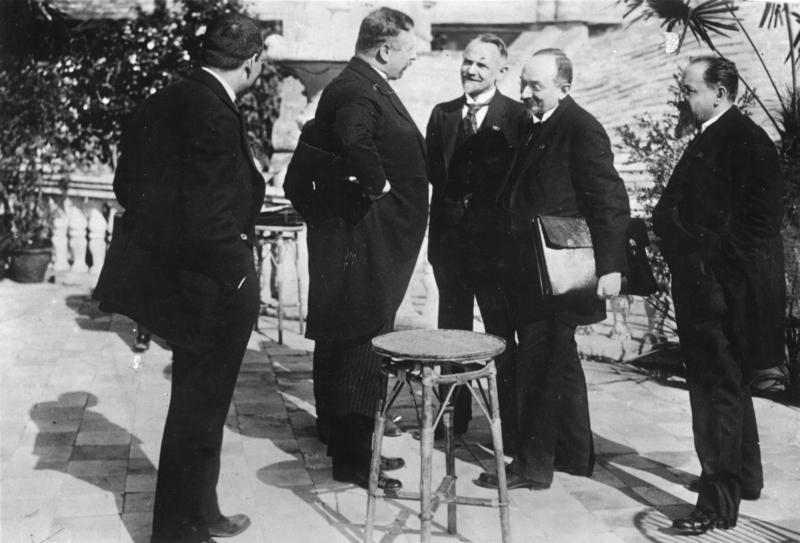