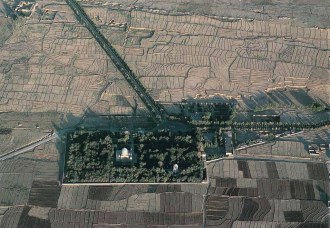 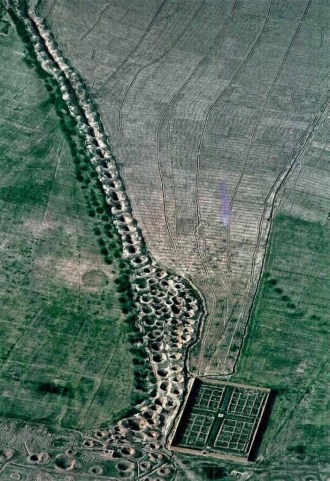 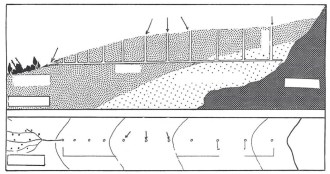 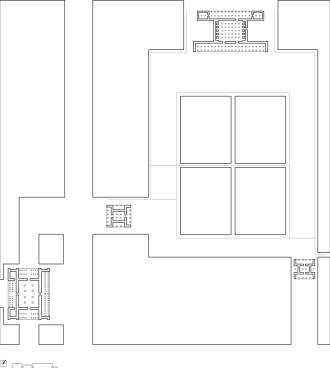 Fig. 4. The plan of the Royal City of Pasargadae. Source: Reproduced by the author after Stronach. [19] Lincoln, B. 2007. Religion, empire and torture: the case of Archaemenian Persia with a postscript on Abu Ghraib. Chicago: University of Chicago Press. 57 p. [20] Happiness of mankind appears as šiyãti martyahyã in the Old Persian. The word šiyãti (happiness) appears in Modern Persian as ‭šãdi‭‬.‭ ‬It is the divine power‭ (‬the sovereign state, the ‬emperor‭)‬,‭ ‬which should re-establish this happiness throughout the empire by literally constructing the‭ ‬perfect‭ ‬model. According to Achaemenid inscriptions, it is the King’s (the emperor’s) duty to restore the lost happiness of mankind. It has been written in Darius’s tomb (Naqš-i-Rostam): “The great God is Ahura Mazda; who created the earth; who created the sky; who created mankind; who established happiness for mankind; who made Darius the king…” see Lincoln, B. 2003. À la recherche du paradis perdu, History of Religions43(2003): 139–154. [21] ibid. [22] Avesta (Zoroastrian Holy Book), Fargard 3, section 18. [23] Hana means, literally, ‘an old man’; Zaurura, ‘a man broken down by age’; Pairishta-khshudra, ‘one whose seed is dried up’. These words have acquired the technical meanings of ‘fifty, sixty, and seventy years old’. [24] Healy, P. 2007. La Difesa della Natura, notes for the exhibition organised by F.I.U Amsterdam in 52nd Venice Biennale. [25] Kircher, A. 1675. Arca Noë. Amsterdam: J. Janssonium a Waesberge. 230 p. 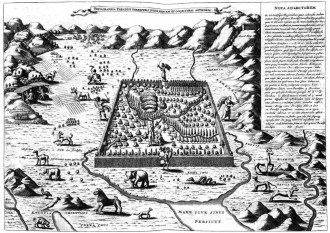 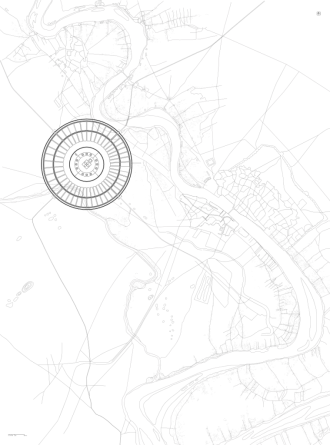 Fig. 6. The City of Peace (Baghdad during al-Mansur) and its surroundings. Source: Reproduced by the author after Herzfeld. [30] He was actively involved in advising the ruler’s construction projects, apparently designing some unusual siege machines during his campaigns and governorship in Tabaristan, and also building a palace for himself at Amul, the capital. He was fully aware of the circular Sassanid cities, especially Gur and Darabgird, Beckwith, ibid. [31] A general assumption out of various accounts that described the foundation of the City of al-Mansur, indicates that Khalid was responsible for the planning of the city, however he was accompanied by a group of architects who were developing design and construction of the buildings. Four frequently mentioned figures are Abd Allad ibn Muhriz, Hajjaj ibn Yusuf, Imran ibn al-Waddah and Shihab ibn Khathir. [32] Many scholars, such as Creswell, have suggested that the circular plan of the Sassanid cities of Gur (firouzabad) and Darabgird influenced the plan of Baghdad during al-Mansur. [33] According to Creswell, the most reliable dimensions of the city is given by Herzfeld, who following al-Yaqubi’s description, suggests a circumference of 20,000 cubits for the Round City. Therefore the diameter of the circle must have been around 6368 cubits or 3300 metres, see Creswell, K. A. C. 1940. Early Muslim architecture, part II. Oxford: The Clarendon Press, 7–8. 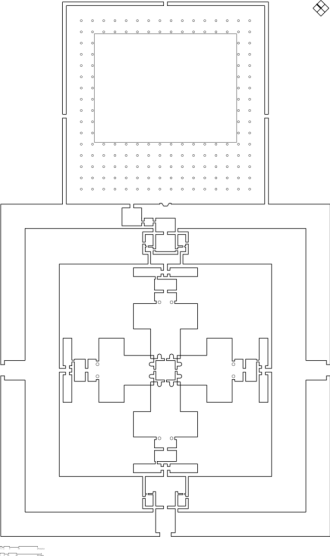 Fig. 7. Hypothetical Plan of the Great Mosque and the Palace of Green Dome. Source: Reproduced by the author after Creswell. [34] Wasit was one of the first Islamic cities, founded by Al-Hajjaj in Mesopotamia. See Creswell, K. A. C. 1979. Early Muslim architecture, vol. I, part I. New York: Hacker Art Books, 132. 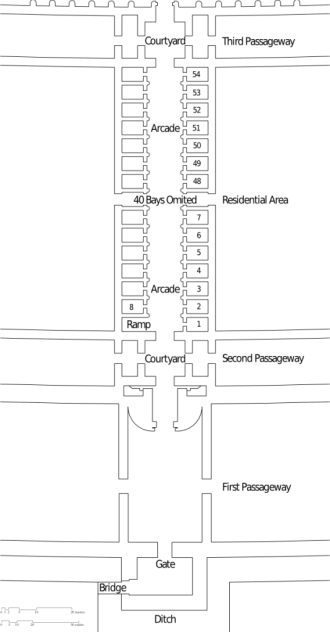 Fig. 8. Hypothetical Plan of the Main Road, the City of Peace. Source: Reproduced by the author after Creswell. [35] Le Strange, G. 1900. Baghdad During the Abbasid Caliphate. Oxford: The Clarendon Press. 33–34. [36] Unlike other city-camps of early Islamic period, which were mostly occupied by the Arab tribes who were transplanted from the main Arabian land, in Baghdad the inhabitants chose to live there voluntarily. 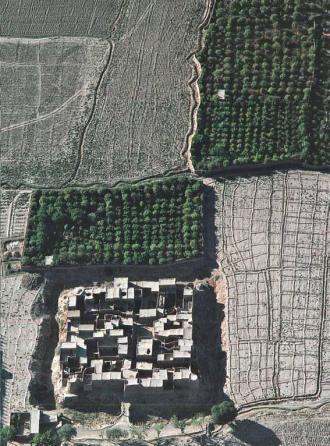 Fig. 9. Garden as the Index of the City. A village near Neyriz. Source: A. Mousavi, D. Stronach, Ancient Iran from the Air (Mainz: Verlag Philipp von Zabern, 2012) [37] Le Strange, ibid. [38] al-Yaqubi, A. 1861. Kitab ol-boldan or Book of the countries. Leiden: Brill, 11–13. [39] A distinctive point about Baghdad, in comparison to the other cities of the time, was the presence of police instead of the army. The police was tasked to take care of the organisation of the city as well as the citizens, not as a militant force but more as a governing body. [40] In the quadrant of houses on the south side, that between the thoroughfares leading respectively to the Basra and Kufa Gates, the Caliph built his great prison called Matbak, standing in the street of the same name, ‘constructing it with well-built walls and solid foundations;’ and until the reign of Mutawakkil, grandson of Harun al-Rashid. This remained the chief prison of Western Baghdad. [41] The cause of the removal of the markets from the arcades is thus related by al-Tabari (and has been copied by many other authorities): The Emperor of the Greeks had sent one of his Patricians on an embassy to al-Mansur, and before the envoy was dismissed back to Constantinople, the Caliph ordered his chamberlain Rabi to conduct the Greek over his new capital, namely the Round City, then recently completed. So the envoy was shown over all the new buildings and palaces, and was taken up on the tops of the walls and into the domes above the gateways. At the farewell audience, the Caliph inquired what the Greek had thought of the new city, and he received these words in reply: ‘Verily (said the envoy), I have seen handsome buildings, but I have also seen that thy enemies, O Caliph, are with thee within thy city.’ For explanation he added that the markets within the city walls, being always full of foreign merchants, would become a source of danger, since these foreigners would not only act as spies for carrying information to the enemy, but also being domiciled in the markets, they would have it in their power traitorously to open the city gates at night to their friends outside. Pondering over this answer, the Caliph al-Mansur– as the chronicle says– ordered the markets to be removed to form suburbs outside the various gates, Le Strange, ibid. [42] The first siege of Baghdad between the troops of al-Amin and al-Ma’mun, who fought for taking the throne after their father’s death, the walls of the city were demolished. Except some buildings like the Prison and the Great Mosque, most parts of the buildings were abandoned and the city of Baghdad started grow mainly on the East bank of Tigris with new palaces, mosques and institutional buildings. However the life of Abbasid Baghdad came to a dramatic end in 1285 A.D. by the Mongols’ invasion. [43] However at the beginning of the 20th century, due to archaeological explorations, historians and archaeologists confirmed some of the spatial features of the City of Peace, it was mainly through the text that the city has been portrayed. In fact like any other ideal city, the City of Peace, has emerged from the literary accounts. In the way it lived the distinction between the reality and the imaginary disappears and it became an ideal model which even inspired philosophers and thinkers; indeed it was not by chance that al-Farabi completed his most celebrated manifesto on the ‘excellent city’ during his life in Baghdad. 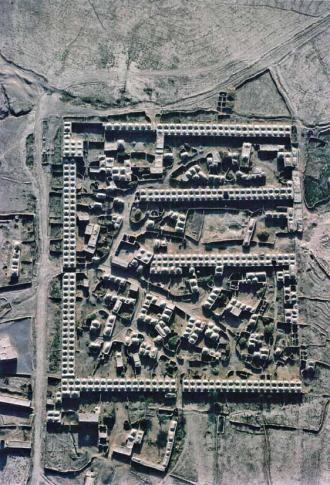 Fig. 10. Inhabitable Walls. Aerial Photo of a Small City in Khorasan, Iran. Source: Paradise Lost: Persia from Above (London: Phaidon, 2008). [44] Schmitt, C. 2005. Political theology: four chapters on the concept of sovereignty. Chicago: University of Chicago Press. 5 p. [45] al-Farabi, M. 1985. The perfect state or Mabadi ara ahl al-madina al-fadila. Oxford: The Clarendon Press. [46] ‘For the relation of the First Cause (God) to the other existents is like the relation of the king of the excellent city to its other parts’, al-Farabi, ibid. [47] ibid. [48] Stewart, S. 1966. The enclosed garden. Wisconsin: University of Wisconsin Press. 59 p. [49] Matteucci, P. 2006. Sovereignty, border, exception, in P. Bonifazio, E. Bellina (Eds.). State of exception. Newcastle: Cambridge Scholars Press. 14 p. [50] Agamben, G. 2005. State of exception. Chicago: Chicago University Press. 70 p. [51] ‘When life and politics -s originally divided, and linked together by means of the state of exception that is inhabited by bare life – begin to become one, all life becomes sacred and all politics becomes the exception,’ Agamben, G. 1998. Homo sacer: sovereign power and bare life. Stanford: Stanford University Press. 86 p. [52] ‘A life that cannot be separated from its form is a life for which what is at stake in its way of living is living itself. What does this formulation mean? It defines a life –human life – in which the single ways, acts, and processes of living are never simply facts but always and above all possibilities of life, always and above all power (potenza),’ Agamben, G. 2000. Means without end: notes on politics. Minneapolis-London: University of Minnesota Press, 4–5. [53] Cavalletti, A. 2005. La Città Biopolitica. Milan: Mondadori. 206 p. [54] Agamben, ibid. [55] In his book, The Highest Poverty, Agamben brings an example of the monastic life, where he argues that it is not only the divine rule, which designates the lives of the monks, but also it is precisely the way that these monks live which shapes the monastic rule. The monastery is a house (habitat) that accommodates a particular form of life and, and also it is the way of living (habitatio), Agamben, G. 2013. The highest poverty: monastic rules and form-of-life. Stanford: Stanford University Press, 13–16. From http://thecityasaproject.org/2015/07/geopolitics-of-tabula-rasa-persian-garden-and-the-idea-of-city/]]>